close
Free delivery on all orders over R400

In 2018 WADA (the World Anti-Doping Agency) removed cannabidiol from its prohibited list of substances, finally allowing athletes across the world access to CBD and the benefits it has for the mind and body.

While THC is still banned, a dose of pure CBD will have had it completely removed in the extraction process – as with our Active drops which use a CBD isolate to ensure that 0% THC shows up in a doping test (tried and tested by sportsmen like Roland Schoeman).

And as people with an especially heightened sense of concern for what they put it in their bodies, it makes sense that athletes would be looking for a natural solution for treating and potentially preventing the toll that professional sport takes on them.

Here’s why athletes are turning to the CBD dropper:

The benefits of CBD experienced by regular users are particularly well aligned with the common issues that many of these athletes face. The most obvious of these would be the relief of pain and inflammation, whereby cannabinoids bind to CB2 receptors in the immune system and reduce the severity of the body’s reaction to intense physical activity.

With many sportspeople dealing with daily aches in their muscles and joints, CBD can prove to be a powerful tool in helping to reduce the swelling and soreness that often hinders or slows down their recovery.

To treat this pain and inflammation, athletes have long been using NSAIDS, which are non-steroidal drugs such as ibuprofen. However, constant use of these drugs is cause for serious concern as they increase the risk of heart attacks, strokes and renal failure.

With athletes turning to CBD as a natural solution for sports recovery instead, they can be assured that the treatment they’re using for their pain problems is not just causing others elsewhere in the body.

The opioid crisis in America is well known, with users of pain medication like codeine, morphine and oxycontin carrying a high risk of addiction and potential for death by overdose.

As a long term pain management option, CBD is non-addictive and does not produce the effect of being “high”. No one has been known to overdose on CBD, and it is thought to be extremely unlikely that anyone could.

Sufficient, quality sleep is a hugely important part of an athlete’s recovery and the simplest way for them to get ahead in their training. Anecdotal evidence indicates that athletes who have taken CBD report greater ease in falling asleep and a better quality of rest.

It is not fully understood why this is, but is thought to possibly be related to CBD’s ability to bind to the same receptors as adenosine – a chemical that breaks down as your brain burns energy. High levels of it are known to contribute to a feeling of sleepiness, so with CBD in the way there is no reuptake of adenosine by the receptors, causing it to build up in the brain and induce sleep.

Another contributing factor impacting the rest and general wellbeing of athletes is the stress and anxiety presented by their job. Naturally professional sport is a highly competitive, fast paced industry and athletes are under huge pressure to perform.

With CBD’s most common use being for the treatment of stress and anxiety, athletes can benefit from the feeling of calm and relaxation it produces to make the most of their downtime for recovery – helping them to cope better with the weight of the great expectations of fans, leagues and coaches on their shoulders.

Chronic Traumatic Encephalopathy (CTE) is a degenerative brain disease found in people with a history of repetitive brain trauma and head injuries, which is very often athletes involved in contact sports like football, boxing or rugby.

CTE has a devastating effect on athletes in later life, and can lead to aggression, depression, memory loss, impaired judgment and impulse control problems, suicidal impulses and, eventually, progressive dementia.

CBD has been shown to have a positive effect in the management of CTE, as cited by athletes including NFL player Kyle Turley, who received more than 100 concussions and many serious injuries in his 10 year career.

Addicted to pain and psychological medication for his rages and mood problems, Turley came close to taking his own life many times, to the point that his family moved to California to get access to cannabis for his treatment. They found that strains high in CBD were most effective, and he became such a believer in that he started his own company – Neuro XPF – that makes a variety of CBD products marketed to athletes.

Another pro sportsman exploring cannabis as a potential treatment for CTE is boxer Mike Tyson, whose cannabis company Tyson ranch is working with leading doctors and funding extensive research on the subject. Whatever information is discovered will be shared with the public to assist anyone else suffering from the disease.

Other research on CBD in the sporting industry is being done too, such as that of Cannabis Clinicians Colorado (a group of healthcare professionals dedicated to studying cannabinoids) who have recruited 16 retired athletes to participate in an 8-week study to see how using CBD affects their quality of life. Participants will receive doses of CBD, increased in increments, with brain pattern tests, doctors and the subjects themselves monitoring their response when on and off of CBD.

And with all the funding available to the sporting industry it is likely that more research will follow – undoubtedly together with the unlocking of even greater potential for CBD in the treatment of athletes and their spectators alike. 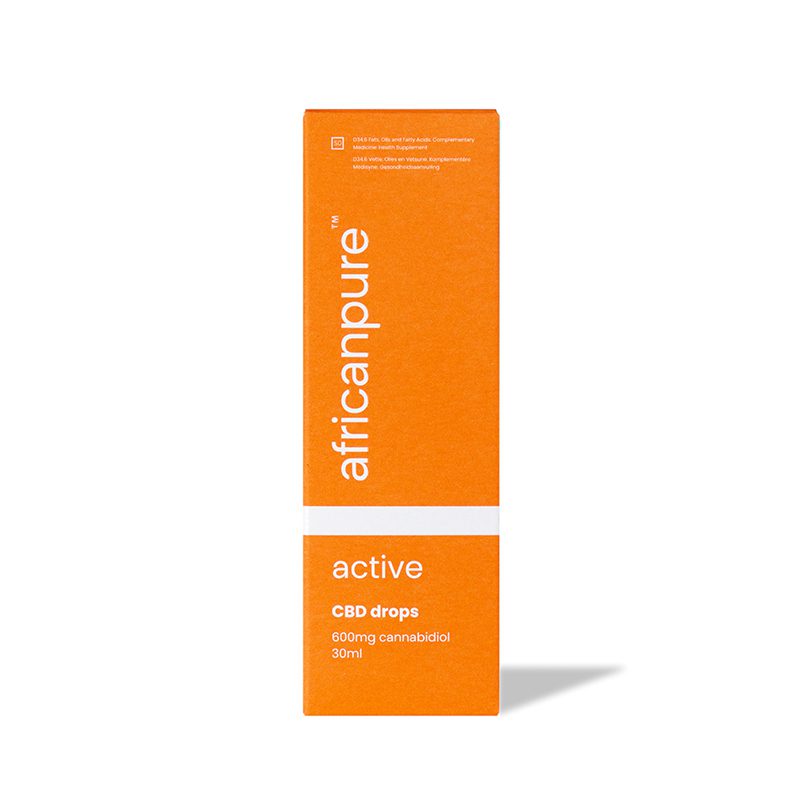 CBD is making a name for itself in the world of sport, with many athletes advocating for its ability to alleviate exercise-induced pain and inflammation, improve sleep and reduce...

END_OF_DOCUMENT_TOKEN_TO_BE_REPLACED

The Benefits of CBD and Exercise

END_OF_DOCUMENT_TOKEN_TO_BE_REPLACED

3 thoughts on “6 reasons why athletes are turning to CBD”

Subscribe to our online newsletter for the latest news on our products, special offers, and exclusive early access to new launches.

Plus, we'll send you a special 15% off coupon, to use on your next online purchase!

By signing up, you agree to receive marketing materials from africanpure. You can unsubscribe at any time.
We use cookies to improve your experience on our website. By browsing this website, you agree to our use of cookies.
Accept